The Coronavirus Effect: Here Are The Jobs That Will Be Added And Lost 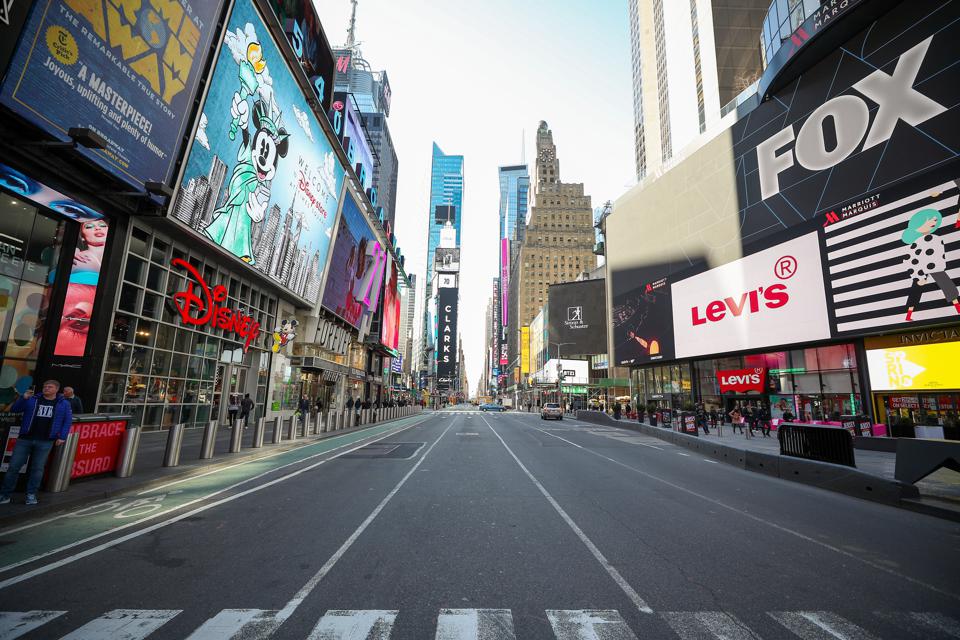 The coronavirus has changed the job market almost overnight. The global outbreak has seriously impacted the economy and job security. It will have long-lasting, game-changing ramifications. There will be sectors, companies and workers that may benefit from this near-tragedy. Unfortunately, we will also witness industries that are severely harmed. People in these areas will lose their jobs and have extreme difficulties finding new ones.

The government has ordered us to remain indoors and self-quarantine to stop the spread of the coronavirus. Companies have asked their employees to work from home. Large gatherings of people are not permissible. Due to restrictions and fear, people are not traveling, taking airplanes, dining out, staying at hotels or attending concerts and sporting events. These current trends will continue even after we defeat the outbreak.

Here is where the jobs are and where they will be in the future:

The big winners will be the online companies that don’t rely upon brick-and-mortar locations, healthcare providers, supermarket chains—especially those with a robust online presence— pharmaceutical companies working on cures for diseases, technology companies and services, such as Zoom, that cater to people working from home.

Since the schools are closed and everyone from elementary school to college are stuck at home, they are turning to online video games. Kids, as well as some adults, are playing games in record numbers to keep entertained, especially with the absence of sporting events. It’s also a way to interact with friends and family to maintain social relations, while also practicing self-distancing. As long as this trend continues, jobs in this space are safe and will increase to meet the demand.

According to the Financial Times, “Tech companies are still hiring feverishly as they move to take advantage of a world shifting increasingly to digital as a result of the coronavirus, despite mass lay-offs elsewhere and growing concerns over plummeting global markets.” The FT also claims that California alone has roughly 15,852 jobs open.

Giant global corporations with enormous amounts of cash on their balance sheets, like Amazon, Google, Apple, Microsoft and Netflix, will have the clout and funds to outlast the outbreak.

People working in these fields may find jobs available and strong demands from some companies. For example, Amazon is hiring 100,000 workers due to overwhelming demand. As people are working from home and unable—or unwilling—to venture out of the house, Amazon is the natural go-to choice for shopping. Amazon’s gain is the loss for small-to-midsize retailers.

Department stores, malls and speciality retailers will lose business and shed jobs, as people are not leaving their homes. Big retailers, such as Macy’s, Nordstrom, Bloomingdale’s, Neiman Marcus, Saks Fifth Avenue and Bergdorf Goodman, have all announced that they are closing their stores. This will cause a large number of retail workers to lose their jobs.

There are a number of other sectors in which jobs will be savagely cut. Companies that are in the travel, hotel, airlines, sporting events, concerts and restaurant sectors will be crushed. International travel to Europe has been banned by President Donald Trump. Companies have generally prohibited business travel. Families are afraid to fly in fear of getting infected. After what we’ve seen, nobody is going to take a cruise for a while.

This all has a ripple effect. Airlines, aircraft manufacturers and their suppliers, resorts, hotels, restaurants, sporting events, cruise lines, conferences and music concerts will be negatively impacted. With the sudden cessation of business, companies in these areas will be forced to downsize their employees or radically cut the hours that they work. Many businesses may not make it and close down.

Manufacturing is going to get hit hard too. The three big Detroit automakers—General Motors, Ford and Fiat Chrysler—have all announced that they will suspend operations at their factories in the United States. Under pressure from the United Auto Workers union over concerns about the safety of its members, the auto giants have temporarily ceased operations. This will have a big impact on the assembly line workers, management personnel and all the parts suppliers involved in the supply chain. Dealerships are already losing business as potential buyers are not stepping into the car lots. There will be job losses as the demand drops for vehicles.

It’s the same with real estate. There is a reluctance for prospective renters and buyers to enter apartments and homes to look around. The owners are uncomfortable to allow strangers in who may be carriers. Potential buyers and renters will be reluctant to go into the home of a person who may have the disease.

Scott Stringer, the City Comptroller of New York City, says that 75 % of hotels will be empty through June. He also anticipates that real estate agents will lose 20% of their sales.

With more employees working remotely, companies may evaluate their commercial real estate. If people working from home takes hold, it’s logical that companies will jettison their expensive leases in pricey buildings to save money. Professionals involved with real estate will notice their jobs going under.

According to rating agency Moody’s Analytics, more than half of the jobs in the United States—80 million—may be in jeopardy. Mark Zandi, chief economist at Moody’s, claims, “It’s probable that roughly 10 million of those workers could see some impact to their paychecks —either layoffs, furloughs, fewer hours or wage cuts.”

The trade groups, the American Hotel & Lodging Association and the U.S. Travel Association, have some dire predictions. They believe that one million hotel jobs “have either been eliminated or will be eliminated in the next few weeks.”

Economic cracks are showing in places, such as oil and gas companies. A combination of Saudi Arabia and Russia flooding the market with cheap oil, along with Americans traveling less, oil companies are doing poorly and the stock prices have been crushed. It’s only a matter of time before massive layoffs occur.

The website where people register for unemployment benefits in New York had so much traffic that it crashed on Monday. Connecticut saw unemployment claims frighteningly rise with 25,000 people applying in four-and-a-half days.

ZipRecruiter, an online job board, saw listings for restaurant and hotel jobs plummet by 25% from this time last year. Aviation-related roles declined 43% compared to the same period last year. Sadly, these are the types of jobs that were red hot up until February’s jobs report. Ten percent of the jobs created in the current economic expansion has been in the leisure and hospitality sector.

Due to the uncertainty surrounding the aftershocks of the coronavirus, the United States is going to see hiring freezes along with massive layoffs. If you are in between jobs it will be difficult to find a new one.

Full coverage and live updates on the Coronavirus