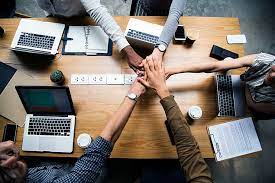 The alleged “talent shortage” depriving companies of workers can be attributed in part to corporate disinterest in paying for job training programs, and to automated recruitment systems that overlook potential hires, a research paper argues.

In a report [PDF] published over the weekend, “Hidden Workers: Untapped Talent,” authors Joseph Fuller and Manjari Raman, from Harvard Business School, and Eva Sage-Gavin and Kristen Hines, from Accenture, explore the disconnect between companies supposedly unable to find talent and “hidden workers” who don’t get considered for open positions.

“Hidden” in this context refers to those working less than full-time who want to work full-time, those who have been out of work for a long time, and those not working and not currently seeking jobs but who could be tempted back into the labor pool.

There are some 27 million hidden workers in the US alone, the authors estimate. And they suggest several reasons that these individuals don’t satisfy employer hunger for talent.

One reason is training. Rapid technological changes affecting many occupations have made it difficult for workers to learn desired skills and have left educational systems unprepared to respond. As a consequence, workers must be employed already to obtain the skills sought by employers.

Writer Andrew Yamakawa Elrod made this point in his recent analysis of the labor shortage in the construction industry.

“One consequence is the erosion of occupation-specific apprenticeship programs – funded by employers and administered jointly with unions – that once renewed the industry’s pool of skilled labor,” he wrote in an online article published last month. “As industry veteran [Mark] Erlich explains, ‘The nonunion sector has never figured out a pipeline for training for bringing people into the industry.'”

And as Elrod goes on to note, the gig economy has made it so there’s “no need for companies to internalize the costs of wages or social insurance – much less education and training.”

The curse of HR software

The second reason is that automated recruitment and resume filtering systems exclude too many workers.

Applicant Tracking Systems (ATS), which manage the job application pipeline, and Recruiting Management/Marketing Systems (RMS), which help support and automate work for recruiters, are widely used in companies. More than 90 per cent of employers surveyed for the report said they use their RMS to filter or rank potential middle-skills or high-skills candidates.

Yet these systems use specific data points in inefficient ways – treating a college degree as a proxy for a desired trait like work ethic, for example, or using a gap in employment to automatically reject potential workers – thereby reducing the applicant pool unnecessarily.

“As a result, [these systems] exclude from consideration viable candidates whose resumes do not match the criteria but who could perform at a high level with training,” the report says.

“A large majority (88 per cent) of employers agree, telling us that qualified high-skills candidates are vetted out of the process because they do not match the exact criteria established by the job description. That number rose to 94 per cent in the case of middle-skills workers.”

In other words, these systems appear to be set up to minimize the workload of recruiters and hiring managers by excluding marginally less qualified job seekers rather than to maximize the supply of potential job applicants.

A third reason that hidden workers get overlooked is when companies choose to consider this group is that they tend to do so halfheartedly through corporate social responsibility programs, as if it were “an act of charity or corporate citizenship, rather than a source of competitive advantage.”

The report suggests several possible ways to make hidden workers more obvious: re-evaluating job descriptions regularly rather than piling new skills and requirements onto existing qualifications; switching from “negative” filters in ATS/RMS systems designed to thin the applicant pool to “affirmative” ones that bring in a broader range of experiences; and creating new hiring metrics that focus on time to productivity, attribution rate, and advancement rate rather than expense minimization.

Not mentioned in the report is whether lack of wage growth for non-executives has dissuaded prospective job applicants from participating in the labor market. According to the Economic Policy Institute, a progressive think tank, CEO compensation grew 1,322 per cent between 1978 and 2019 while worker compensation grew only 18 per cent between 1978 and 2020.

As McSweeney’s, a satirical literary publication, recently put it, “We will do anything to get you to work for us except pay you enough.” ®