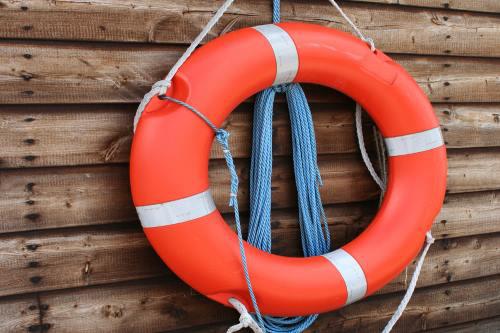 Bottom Line: During periods of financial turmoil, small and medium-sized firms face a unique set of challenges. By employing certain strategies, not only can smaller companies survive slumping demand and low consumer confidence—they can thrive.

Even in the best of times, small and medium-sized firms struggle to expand. For such companies, spurts of high growth occur rarely and unpredictably, and they are difficult to sustain. So in the worst of times, when demand and sales dip, small businesses face an even steeper climb. Meanwhile, their larger counterparts have the broader access to capital, wider investment options, and heightened bargaining power that enable them to pursue growth strategies despite economic downturns.

However, a new study finds that a crumbling economy doesn’t necessarily mean smaller firms have to get buried in the rubble. In fact, even the smallest companies can grow irrespective of a financial downturn, if they employ a multipronged approach that places a heavy emphasis on standing out from the floundering competition.

The authors studied 20 small and medium-sized high-growth companies based in the U.K. that grew at a consistent rate over a recent four-year period—outpacing their competitors by more than 50 percent despite operating in slumping industries. At odds with the popular notion that smaller firms should cut back and downsize during adverse periods, or focus on highly specific market segments, the authors found that these over-performing companies utilized a blend of three strategies to stay competitive, proactive, and aggressive, and to continue growing while the economy contracted.

• Keeping costs down: All the high-performing companies strove to keep their production budgets low and their prices competitive. However, even when confronted with a sagging economy, they refused to shirk on quality; as a result, most had slightly higher prices than their slumping counterparts, and they attributed their success, in part, to delivering superior goods and services while avoiding price wars.

• Differentiation: Thirteen of the 20 firms studied simultaneously employed innovation strategies designed to regularly introduce new products, services, or processes. Five of the firms, all in manufacturing sectors, steered a substantial percentage of their annual revenue to new product development initiatives. Thus, the high-growth companies showed a consistent affinity for using aggressive strategies instead of taking a more conservative tack. Differentiation through marketing, however, was nowhere near as widespread. In fact, 15 of the 20 companies reported pursuing few to no traditional marketing activities, reasoning that the required investment wouldn’t be worth a limited short-term spike in sales. Instead, they relied on their sales team or Internet outreach to keep their existing customer base up to date about new products or services.

• Customization: Eight of the 20 companies emphasized working closely with their customers to identify and produce tailored solutions, altering their product lines to meet their customers’ ever-changing criteria. An additional five firms, although producing more standardized items, also invited their customers to make small alterations or take advantage of complementary services. Interestingly, the successful firms largely eschewed market customization, that is, focusing on a niche sector. Despite the conventional wisdom that smaller firms can improve their performance by zeroing in a specific market segment, only five of the high-growth companies followed this advice. The rest assertively targeted the whole market, taking advantage of volatility to increase their market share. As one CEO told the authors, “Clearly, we targeted the competition: we tried to understand what they were good at and what they were bad at, and we just tried to be better than them.”

A fourth strategic approach—internationalization—didn’t find much support among the companies with high growth. Only a few firms, those that placed the greatest value on expansion, based a large part of their business plan on entering foreign markets—and one of these companies began exporting only because the local textile industry collapsed. Rather, most of the small firms that exhibited high growth decided to focus on the home front, disputing the widely held view that expanding to international markets affords small firms a way out of troubled domestic markets by increasing their total sales and providing new customers.

Although these strategic decisions are usually driven by the relative size of the company and the nature of its industry, the authors found a pronounced pattern among their over-performing sample. Most clearly, smaller firms that achieved high growth despite a distressed economy pursued multiple tactics, refusing to be pigeonholed in their approach. The most common combination among the firms studied was an attempt to differentiate themselves from their competitors through innovation plus some type of product customization plan.

At the same time, almost all the firms held their costs at the lowest level possible without damaging their reputation by producing subpar products. For example, one manufacturer and wholesaler in the long-troubled clothing industry battled back against shrinking market shares and overseas competition by implementing a cost-efficiency strategy. But the firm also differentiated itself through inventive designs and aggressive marketing approaches. Whereas most of its domestic rivals have folded, not only has the company survived, but it is counted among the leaders in the U.K. clothing market.

Finally, the authors found that the mind-set of managers in the midst of economic turmoil played a surprisingly large role in mitigating the negative effects and making the best of a bad situation. Although executives admitted there are downsides to doing business during tough times, most said they weren’t demoralized. “Unsurprisingly for entrepreneurs,” the authors write, “they chose to view such an environment as a challenge and a source of numerous unexploited opportunities.”

Matt Palmquist is a freelance business journalist based in Oakland, Calif.